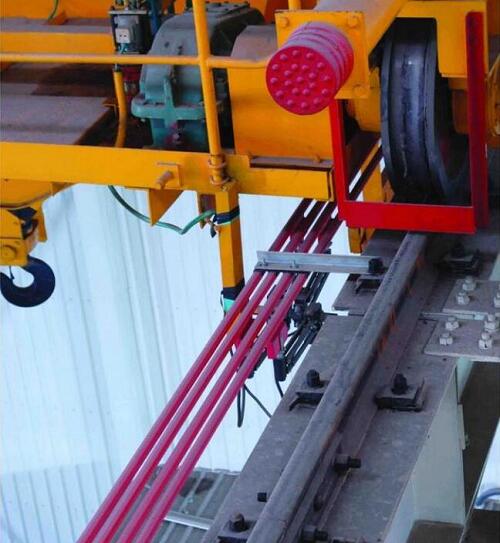 When running mechanical position or limiter brake failure, Due to inertia, A Overhead Crane or trolley that runs to the finish line, in the operation of end point collision with set up a blocking body.

One. The entity buffer

Spring damper is mainly composed of meet, springs and shell. Its characteristic is mechanism  simple, reliable use. When the Overhead Crane hit the spring buffer, the main energy is transformed into the spring compression. Spring buffer with improved stop mechanism, can prevent a rebound.

We are manufacturer supplying all kinds Of Gantry crane,Overhead crane,Jib crane,Electric hoist with accessories! Inquiry to Get Latest Quotation and Product Catalogue !
Previous: The type of gantry crane Next: MH electric hoist gantry crane