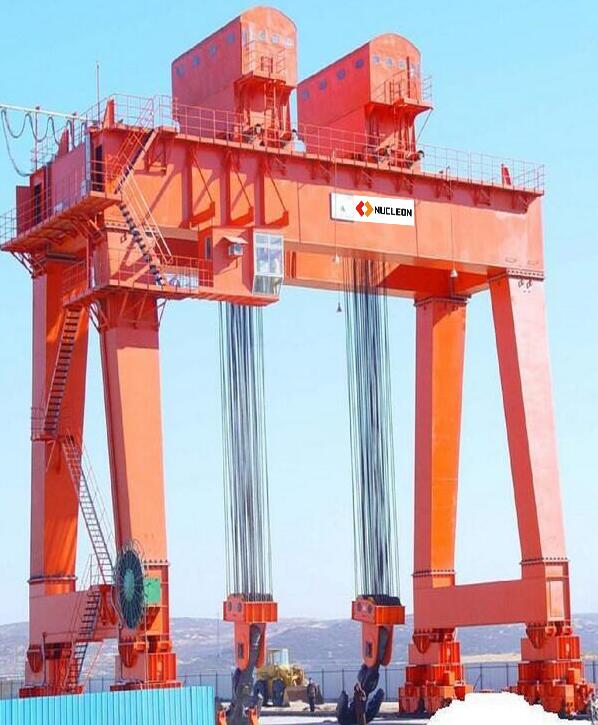 The use of wire ropes in engineering cranes is very common and is generally made of many high strength steel wires. It is first formed by a single wire around the formation of shares, and then some of these stocks around the rope, and then by the other shares of the outer strand around the rope around the rope into a wire rope. Some of the imported wire rods also contain a plastic ferrule, usually in the form of plastic coating through a special treatment covered in the core, the important wire rope in the rope filled with the appropriate lubricant to reduce friction.

Domestic wire rope according to the core material is generally divided into organic matter (core and cotton core), asbestos core or metal core three, the rope is usually no filler or lubricant.

Wire rope by wire around the shares and shares around the rope into the direction of each other can be divided into a rope and around the rope, and according to its strand twist into the left and right with the twist and left and right twist; Generally to wrap around the rope as the standard, the provisions of the wire rope and the rotation relative to the vertical axis of the rope as the base of the outer spiral of the same line, divided into left and right. Correspondingly, the rotation of the strands is defined, that is, the direction of the helix of the outer strands of the constituent stocks is the rotation of each strand, based on the longitudinal axis of the strands. Ordinary wire rope in a single use, have to wire rope in the opposite direction of rotation of the phenomenon, in the pulley group will be used when the wire rope rotation caused by lifting wire rope twist, commonly known as twisted. Relative to the ordinary wire rope, the current does not rotate the wire rope has begun a large number of applications. The so-called non-rotating wire rope is based on the principle that the rope and the torsion torque of the opposite direction and the size of the same: the import does not rotate the wire rope is different, the principle is to make the rope and the rotation of the rope itself, Force, the core of the torque generated by the external shares and the torque generated by the same size, the opposite direction.

The strand of the wire rope can also become a tight stock by rolling or die extrusion, etc. The diameter of the treated strand will be reduced and the surface finish will be high. Therefore, the use of tight wire rope can use thicker wire, the same diameter, the use of tight strand wire rope filling factor is higher, breaking tension greatly improved. When the multi-layer winding on the reel, the ordinary shares of the wire rope its outer shares in the layer and the layer between the more serious extrusion, wire rope surface wear faster. While the tight strand of the wire rope has a high resistance to wear and anti-extrusion capacity.

The choice of wire rope is correct or not, directly affect the life of the rope and the rope to produce structural deformation, fracture and accidental failure. Therefore, the recommended principle is as follows:

1) When a non-oriented weight is raised or at a large height for multiple non-guided lifting, the non-rotating wire rope is used:

2) Ordinary steel wire rope can be used when a guided lifting is carried out or a plurality of guided lifting (such as driving) or left and right spin strands are used in pairs at a small height.

In the same diameter, the more the number of strands of wire rope, the more the smaller the diameter, the thinner the single wire, the flexibility of the wire rope, can be a good way to overcome the wire rope into the reel when the reverse bending force , Wearing a rope is also easy. While the thick outer shares, the wire is also thick, you can better resist wear, mechanical damage, corrosion and squeezing force. Therefore, only the two advantages of a good combination, is the real high-performance high-quality wire rope.

In addition, the wire rope in the selection process also pay attention to its minimum diameter and minimum breaking tension should be consistent with the provisions of ISO4308 standard.