The use of cable for overhead cranes 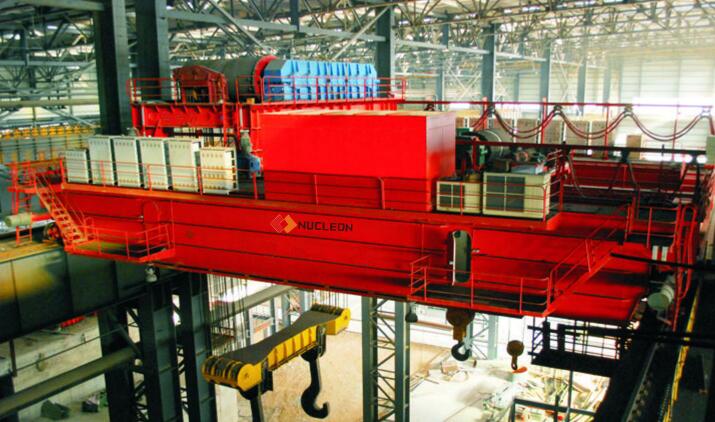 Cable arrangement should ensure that the cable length is equal, the pressure plate crimp firmly, the same layer of cable diameter as close as possible to avoid a root or a few cables too much force. Suspension cable trolley should be set between each other to pull the wire rope, the operation, when the adjacent two hanging cable trolley spacing between the cable so that the angle between the 120 °, the traction wire rope should be completely straightened force.

2, the use of cable reel power supply should be prevented during the movement of the cable was worn, the diameter of not more than 21.5mm cable, cable reel diameter

The cable reel shall be capable of automatically winding the cable. The drive torque of the cable reel shall be not less than the maximum winding torque required for the winding cable. In the process of cable laying, the traction force acting on the cable conductor should be as small as possible. For cables with no reinforcement core, the maximum allowable tension on the copper conductor cross section is 20N / mm2. For cable winding speed or cable weight Heavier, should be added to withstand the required traction to strengthen the wire rope for the core.

We are manufacturer supplying all kinds Of Gantry crane,Overhead crane,Jib crane,Electric hoist with accessories! Inquiry to Get Latest Quotation and Product Catalogue !
Previous: The 2 Ton jib Crane Delivery to Australian Next: jib crane accessories electric hoist